Behind the Scenes: Stacy Cloyd on winning, dignity, and invisible work 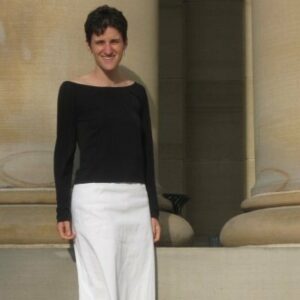 Nearly a decade ago, Stacy Cloyd was attending NOSSCR conferences while working at a legal clinic.

“I realized how much more there was to know about Social Security,” she says. “There are relatively few people who specialize in Social Security. To hear from people who were really experts in this field and have spent many decades doing just this work was really eye-opening.”

“I did not think this is what I was going to be doing when I went to law school,” she admits. But then her boss asked her to take on a disability case, and she won! “I like winning. And you get to win a lot. Not 100% of the time, not even close…but you get to call your client up and say, ‘I have good news for you!’”

And the good news is not just that they get money or are eligible for Medicare or Medicaid, although that’s great news. If you really think about it, after what is often years of applying and appealing, “the government kept telling them they were wrong about their own body. It’s really demoralizing to hear that.” She continues, “It provides so much dignity to somebody to be able to help them tell their story, gather evidence to support it, and to ultimately be able to say, ‘You were right about yourself.’ That’s a really huge gift.”

A few years later, while working in the policy arena, she spotted a position open at NOSSCR. Seven years later, she is NOSSCR’s Director of Policy and Administrative Advocacy and has become one of the experts she would have learned from all those years ago. 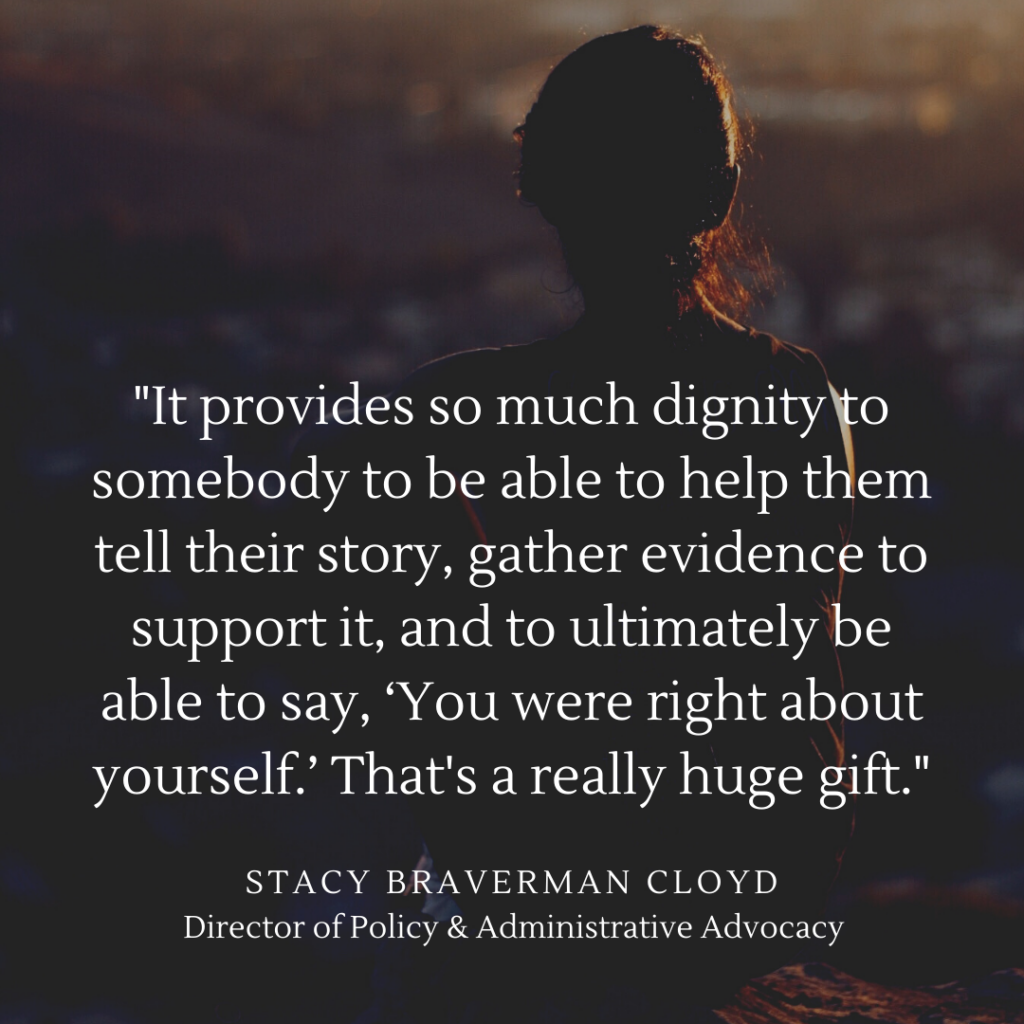 A lot of Stacy Cloyd’s work at NOSSCR is centered on figuring out if a problem that has come to her attention is affecting one person, one field office, or if it’s widespread. And it usually starts with members sharing with her what they’re experiencing on the ground.

What starts as a tip evolves into a clearer picture with some digging. One representative not being able to load a webpage can become letting more than 2,500 members know that the website is down until further notice.

In short, Stacy is a subject-matter expert on Social Security policy who finds solutions to problems. At NOSSCR, she makes sure to be up-to-date on any policy changes being drafted, the myriad of regulations, and even subregulatory guidance that is not always known by or available to the public, such as how the Social Security Administration (SSA) processes a form.

When there is a potential policy change on the table, Stacy is the person to talk to – and many people do. Journalists regularly speak to her on the record or on background. She attends regular meetings with advocacy coalitions such as the Consortium for Citizens with Disabilities (CCD) and the Strengthen Social Security Coalition. She speaks often with fellow advocates, staff at the Social Security Administration (SSA) and other federal agencies, and committee and members’ personal offices on Capitol Hill. She also, of course, works closely with Michael Linskey, NOSSCR’s director of political and legislative advocacy.

One of the most powerful, and invisible, aspects of her work is that NOSSCR is “often consulted about things that don’t wind up happening.” For instance, “if there’s a change to a form that SSA is putting out or a member of Congress has a bill that they’re thinking of introducing, sometimes with the best intentions but maybe not knowing all the details of how SSI and SSDI work… we can give them information to help them be better at whatever they’re trying to do.”