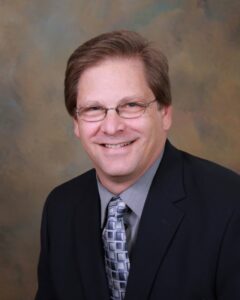 Before George Piemonte became the well-known host of our vocational webinar series or the president of NOSSCR’s board, he was a newly minted attorney dissatisfied with the format of jury trials and exploring practicing Social Security disability law instead.

“The hearings generally took an hour or so – much better than the days for a jury trial,” says George.

At the beginning of his shift, a colleague recommended that he join NOSSCR. He was advised that membership is essential to this line of work and it’s where he’ll find the experts in the field.

Today, more than 26 years later, he is one of the expert NOSSCR members that fellow practitioners look to for guidance. “Don’t dabble,” he advises new and potential practitioners. “This is a complex area of law and you have to know what you are doing or you will do harm to your clients. If you take disability cases, you must learn, study, and find out everything you can about handling these cases and in particular vocational issues and cross-examining vocational witnesses.”

Of course, he also pays it forward and recommends NOSSCR membership as his colleague did for him more than two decades before. Moreover, he is a big believer in attending NOSSCR conferences. “I learn at least one thing, usually more, that helps me and my clients at every conference,” he says.

After many years of experience, he fervently wishes we could eliminate the all evidence rule. “The size of the administrative records has increased nearly five-fold since 2008 according to the GAO,” he explains. “Because of the magnitude of these records both ALJs and representatives are missing critical information to the detriment of the disabled claimant.”

Despite all the difficulties of practicing in this area of law, George has never looked back at trial work. “There is no feeling like calling your client and telling them they have won their case. Giving them the good news that they have been waiting on for so long really feels good,” he says.

A little more about George…

George has practiced law since 1987 and is admitted in North Carolina and Georgia. Since 1995 he has focused his practice on Social Security Disability and Veterans Disability. George is admitted to all courts of the State of North Carolina; the Superior Court of Georgia; the Western, Middle, and Eastern District Courts of North Carolina; the Northern, Middle, and Southern Districts Courts of Georgia; the 4th, 6th, and 11th Circuit Courts of Appeal; the Court of Appeals for Veterans Claims; and the United States Supreme Court. He is a sustaining member of NOSSCR, as well as a member of the North Carolina Bar Association and the North Carolina Advocates for Justice. He is a frequent speaker at NOSSCR conferences as well as other national and local CLE programs.